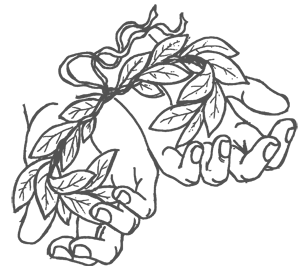 Sri Tirumalai Krishnamacharya (1888-1989) was born on November 18 in the Chitradurga district of Karnataka India and lived to be over a hundred years old. His parents were Sri Tirumalai Srinvasa Tattacharya, a well-known teacher of the Vedas, and Shrimati Ranganayakamma and he was the eldest with six brothers and sisters.

Krishnamacharya spent much of his youth traveling through India studying the six darshanas or Indian philosophies: Vaisheshika, Nyaya, Samkhya, Yoga, Mimamsa and Vedanta. His students include many of today’s most influential teachers: Sri BKS Iyengar, Sri K. Pattabhi Jois, the late Indra Devi and Krishnamacharya’s own son T.K.V. Desikachar. Although his knowledge and teaching has influenced yoga throughout the world he never left his native India over the course of his life.

It is important to note that Jois and Iyengar teach based on their own experiences with Krishnamacharya in the 1930’s in Mysore, when they were both young men; their styles are reflective of yoga that is appropriate to younger students and thus heavily empahasise asana practice. However teachers such as T.K.V. Desikachar, Kausthub Desikachar and the lesser-known Srivatsa Ramaswami teach a broader part of Krishanamacharya’s teachings, noting that yoga is more than just asana and must be tuned to the student, taking account of health, energy, physique, gender, place and age. 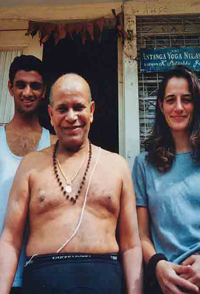 Shri Krishna Pattabhi Jois was born on the full moon day of July, 1915, Guru Purnima day. His ancestral village, Kowshika, near Hassan in Karnataka State, is inhabited by maybe 500 people and has one main street. At one end of the street is a Vishnu temple, just next to Pattabhi Jois’ home. At the far end of the street, just 100 yards away, lies a small Ganapati temple, and just opposite, a Siva temple. Both are several hundreds years old, and are the focus of the village.

Pattabhi Jois’s father was an astrologer and a priest, who acted as the pujari for many of the families in the village. From an early age, as most brahmin boys, Pattabhi Jois was taught the Vedas and Hindu rituals. 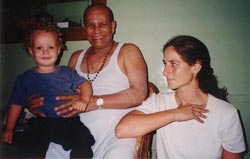 When Guruji was 12 years old, he attended a yoga demonstration at his middle school in Hassan. The next day he went to meet the great yogi who had given the demonstration, a man by the name of Sri T. Krishnamacharya, who had learned yoga for nearly eight years from his Guru, Rama Mohan Brahmachari in a cave in Tibet. For the next two years, Guruji learned from his Guru every day. When Guruji turned 14, he had his brahmin thread ceremony. Krishnamacharya left Hassan to travel and teach, and Guruji left his village to go to Mysore. 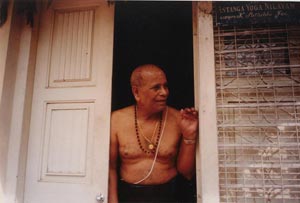 Guruji wished to attend the Sanskrit University of Mysore. With two rupees in his pocket, he left with two friends. They traveled the 100 plus kilometers by bike, over dirt roads. For the first year or two, life was very difficult. With very little money, he begged for his food from some of the brahmin houses. Guruji attended classes and did his studies. Then, around 1930, he went to a yoga demonstration and saw that it was his Guru. He came forward and prostrated, and they recommenced their relationship, and Guruji his yoga studies. 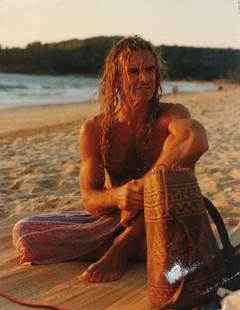 Derek was born in Brighton England in 1949 and during his teen years he excelled in sports and music. Later on in his twenties he continued training and started working as a punk-rock group manager. It was not until his thirties in the 70’s that he got introduced into Yoga. He then studied for six years in the Sivananda ashram in the Bahamas by Robert Moses where he had his first encounter with the method of Ashtanga Vinyasa Yoga. He later found himself practising in New York with Leslie Kaminoff, Norman Allen and Tridham Das, the team of the first ever Ashtanga yoga teachers in the West.

In the middle of 80’s he visited Mysore and studied with his guru Sri. K. Pattabhi jois for several years. He established the first Ashtanga Vinyasa Yoga center in Europe in the north of Crete in 1989 where he would train some of today’s most famous Ashtanga Yoga teachers. At the same time he would travel around Europe offering workshops and seminars while he established a particular teaching method. He set up the foundation of contemporary yoga teaching based on verbal adjustments, a method that was welcome and well integrated in the Western society. Moreover he defined the standards of the professional yoga teacher by setting a perfect example for all his students who are currently running schools all around the world.

Derek’ charismatic presence is still and inspiration so much for yoga teachers as well as ardent practitioners all over the world who are proud to be part of the lineage of Sri K. Pattabhi Jois.

Manju Jois, Ashtanga Yoga guru of Mysore, South India, is the oldest son of Sri K. Pattabhi Jois, recognized worldwide as the foremost authority on Ashtanga Yoga. Manju was born on November 16th, 1944. At the young age of 7, Manju was awakened early each day by his father to begin lessons that would forever change the course of his life and the lives of those who would study with him in the years to come. He began his teaching career at the age of 15 with his father and has taught ever since.

Manju considers it a great honor to be the son of Sri K. Pattabhi Jois. “He is my father and my teacher. I am grateful for both my mother and my father.” Manju’s mother, Savatri Jois, (Sathu to her family) was a beloved wife, loving mother and an expert in Indian cuisine. Sadly, she passed away in 1997. Manju is devoted to his wife Nancy and their young daughter Sathu, named after her paternal Grandmother, who was born in 2002. Sathu is a multi-talented, beautiful girl, who continues to bless the Jois family beyond measure.

He offers Ashtanga weekend workshops, teacher trainings and intensive week-long classes. He incorporates pranayama and vedic chantings in his classes, which go very well with Ashtanga yoga practice. Manju’s intention is to teach in the way of the Ancient tradition and bring the many benefits of Ashtanga yoga to his students.

He hopes to bring “better concentration and understanding” of Astanga Yoga to his students in a world full of distractions. Manju’s dedication to his life of teaching and practicing yoga has brought the benefits of the ancient tradition of Ashtanga Yoga Manju to many students throughout the world, as he guides each to “Unite with Yourself.”

Sharath was born on September 29, 1971 in Mysore, India to Saraswathi Rangaswamy, daughter of ashtanga master Sri K. Pattabhi Jois. Growing up in a house full of yoga practitioners, Sharath learned his first asanas at age seven and experimented with postures from the primary and intermediate series until he turned fourteen. Though he spent the next three years focused on his scholastic education, earning a diploma in electronics from JSS in Mysore, Sharath knew that he would one day follow the ashtanga path blazed by his mother and legendary grandfather.

Sharath embarked on his formal yoga study at the age of nineteen. He would wake every day at 3:30 a.m. and cross the town of Mysore to his grandfather’s Lakshmipuram yoga shala. There, he would first practice and then assist his guru, Pattabhi Jois, a routine of dedication he has followed for many years.

Today, Sharath’s sincere devotion and discipline to the study and practice of yoga compels him to rise six days a week at 1:00 a.m. to complete his practice before the first students arrive at the K. Pattabhi Jois Ashtanga Yoga Institute, where he serves as Director.

Sharath is Pattabhi Jois’s only student who has studied and continues to practice the complete six series of the ashtanga yoga system. He presently resides in Mysore with his wife Shruthi, daughter Shraddha, and son Sambhav. 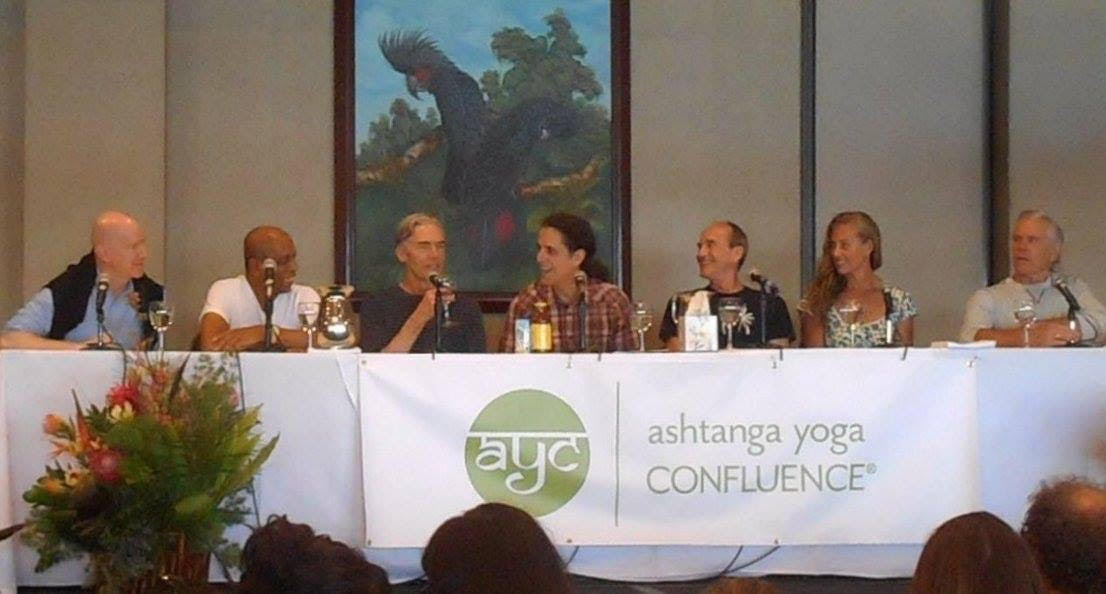 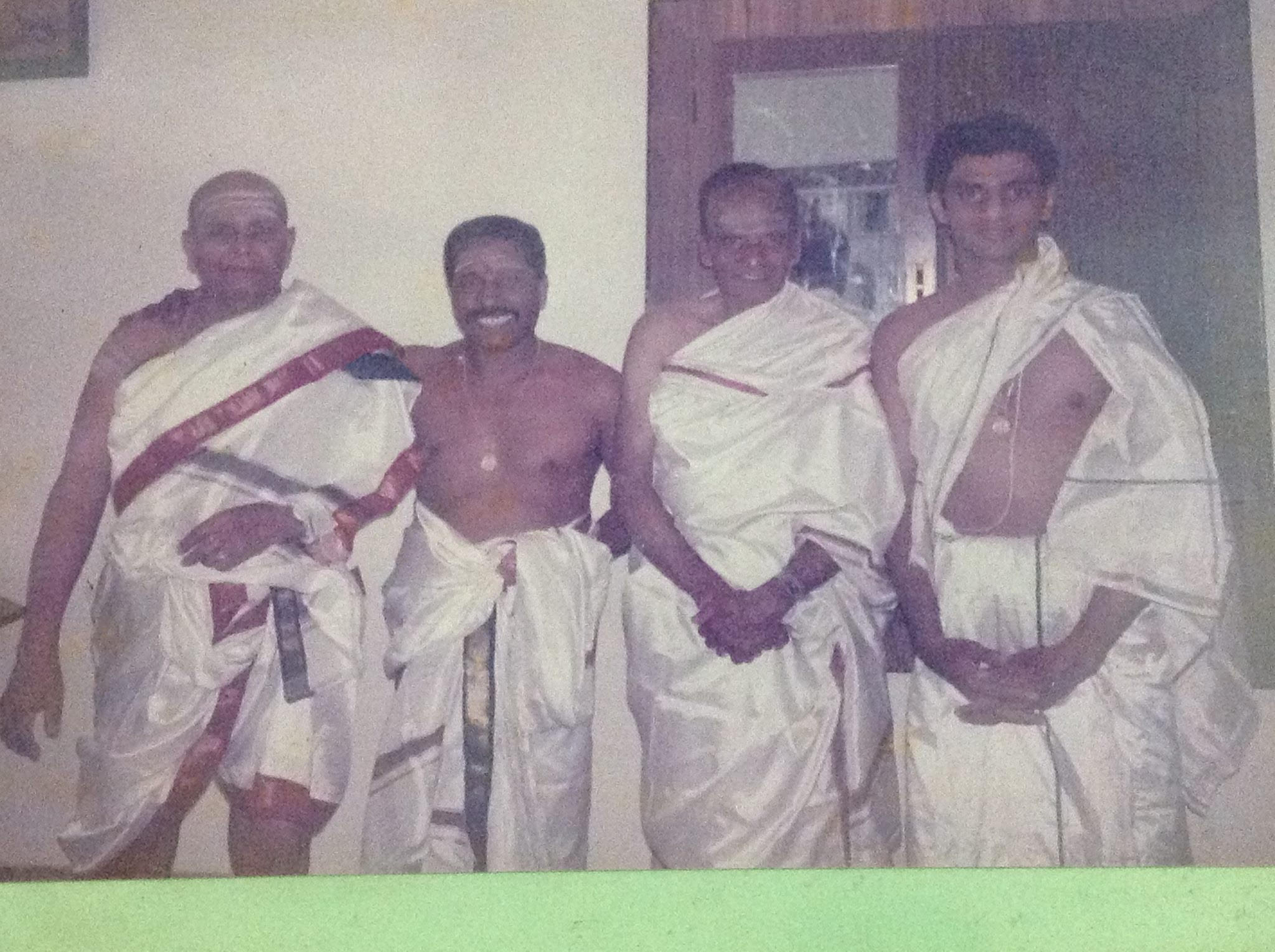